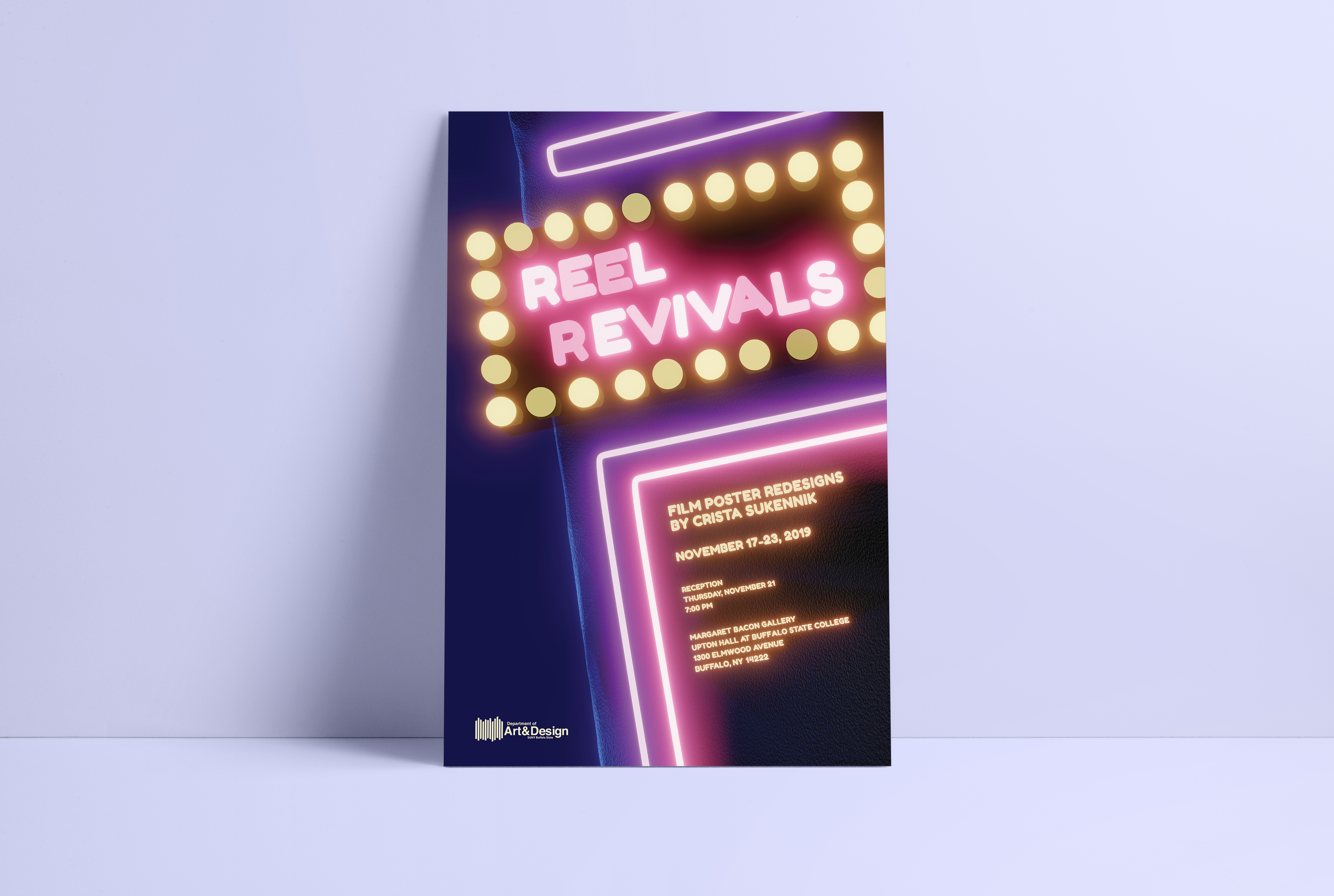 In the action of making a movie, the filmmaker is telling a story. I believe that the posters for movies can tell as much of a story as the movie itself does. I take style inspiration from great movie posters of the Golden Era, created by Saul Bass and Bob Peak, as well as other artists and animators of the 1920s-60s. The composition and content of my designs are also influenced by the contemporary poster designers at the company, Mondo.

In creating this collection of reimagined classic film posters, I aim to bring new life to these old movies that helped shape the world we know today. The films that I have chosen to reimagine range from comedy to romance to drama and cover a span of over 40 years, from 1927-1968. I’ve crafted and illustrated these posters in a fashion which caters to the individual films and the sentiments they exude. From physical drawing and painting to experimental digital and 3D illustration, I have nourished my love of traditional artforms while challenging myself to use media outside of my comfort zone. With this artwork, I have not only strived to design an attractive collection of posters, but to capture the stories and embodiments of these brilliant films with a “pop of modern.”

The title “Reel Revivals” is a play on words, as “Reel” refers to a reel of film, with “Revivals” communicating the reimagination factor of the artworks. As a part of this project, I designed promotion materials, such as a poster and postcard, by creating a 3D image of stylized classic theater sign. In addition to the posters, I also created a series of movie tickets to accompany each film.

Take a closer look at the individual posters and movie tickets in the collection above.