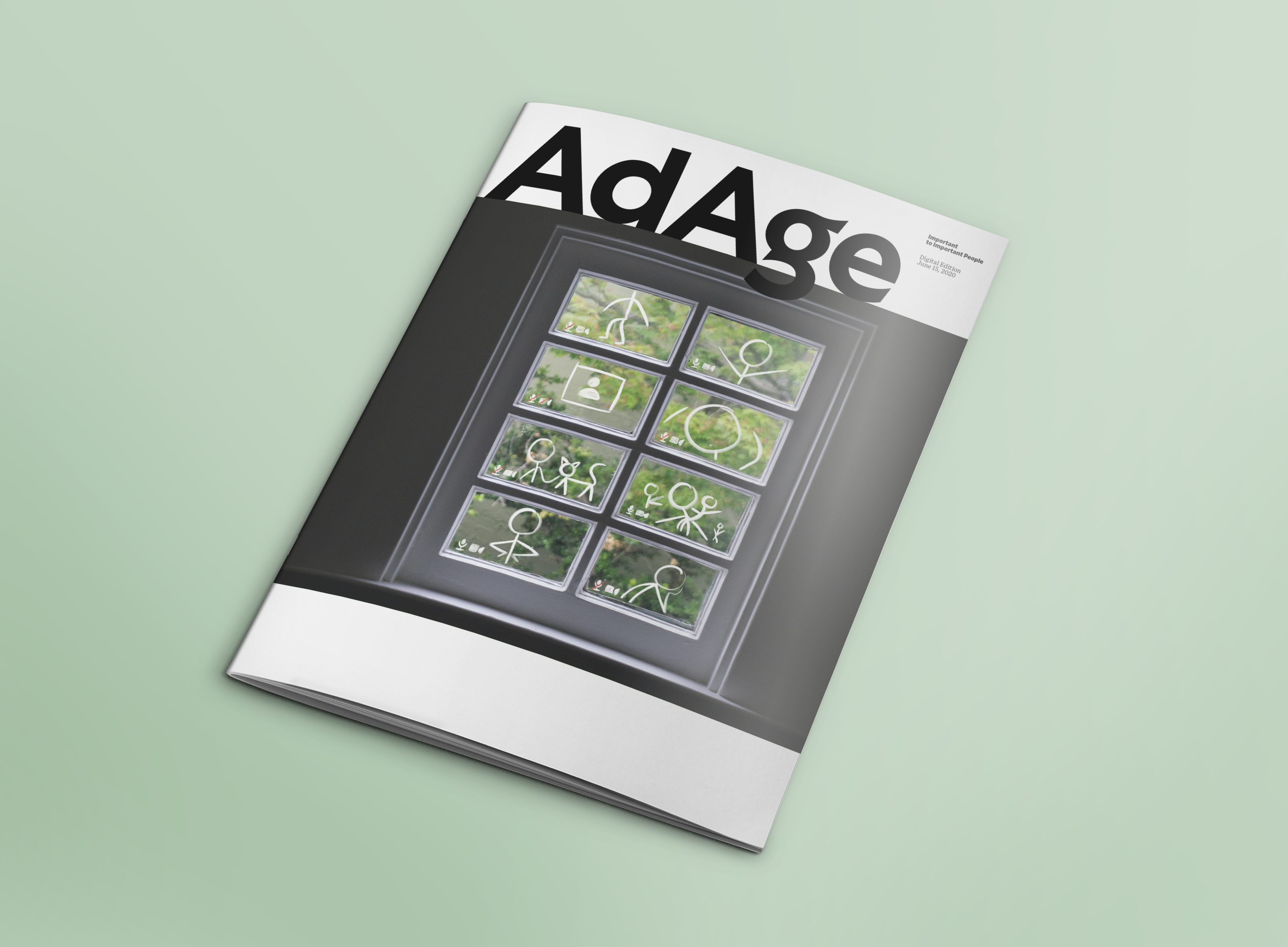 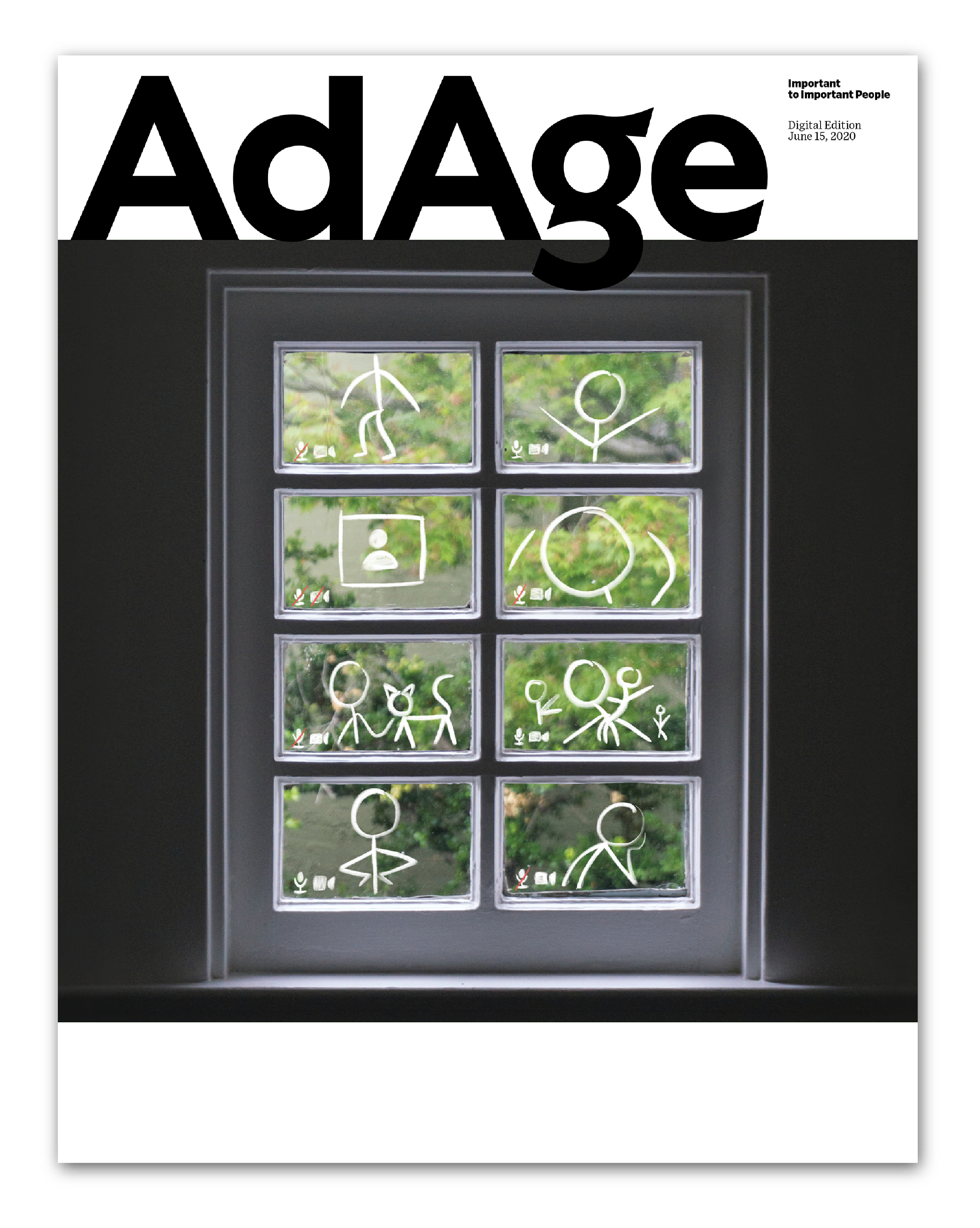 The portion pertaining to my design begins at the timecode 12:30.

Each year, AdAge Magazine conducts their global “Young Creatives Cover Competition” to which any young creative under the age of 30 may enter. This international competition for a cover that showcases creativity boils down to ten finalists whose designs have the honor of being featured in the annual Creativity Issue of the magazine, with the winner gracing the cover. This year’s creative brief focused on the advertising industry’s use of creativity and innovation in the wake of the pandemic when precedents are thrown out the window.

For my cover design, I considered how video calls are a predominant form of communication in the days of quarantine. A comparison was drawn between the “Brady Bunch” style setup of video blocks and the rectangular sections of window panes. I used a photo of a window from the inside looking out and drew stick figures as if they were participating in a video call with one another. I aimed to show hope as well as humor with my concept and make the point that there is a different story behind each video block.

Take a look at the video in which the AdAge Editors announced my cover design as one of the finalists in the competition.

This project earned a spot as a top ten finalist in the Young Creatives Cover Competition and was included in the AdAge Creativity Issue 2020.